Waiheke Island, with it’s beautiful landscapes and multitude of waterways, attracted some of Auckland’s first settlers, like the Maori tribes whose descendants still inhabit the island. Today, the island is home to many locals as well as a magical vacation hotspot. The island is covered in scenic beaches, which produce surfer swells and hot hangouts. In 1945 the population of Waiheke was still only 835, but today,it has skyrocketed to around 8340 people!

This boom has brought many things, including vineyards, turning Waiheke Island into what has become know as New Zealand’s “Island of Wine”. Growers have used the ancient soil structures to produce a variety of distinctive and striking wines, which regularly win awards like “best Syrah in the world” in 2009. These wines are produced in small quality controlled batches, as the size of the vineyards is limited. 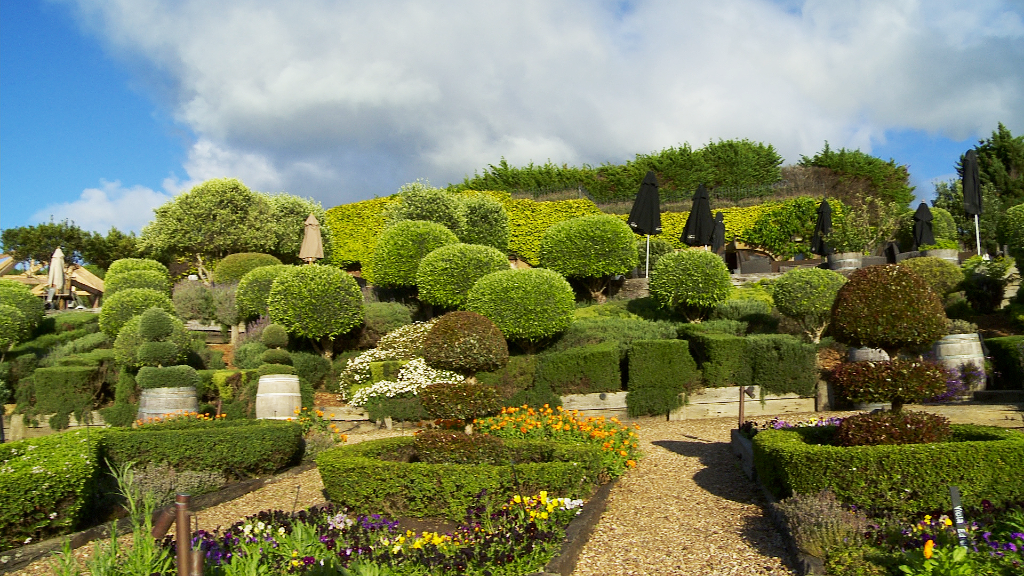 Just a small section of the beautiful manicured gardens that surround the wineries and restaurant at Mudbrick Vineyards. Click the Image for more information on Mudbrick.

If you catch or have caught our New Zealand episode, you will get an insiders look at two of these winery hotspots; Mudbrick Vineyard and Man o’War. Mudbrick is the charming and well known vineyard that looks like it has sprung up from a fairytale, built from the ground up by owners Robyn and Nicholas Jones, who purchased the bare patch of land to pursue their dreams while still in their 20’s! 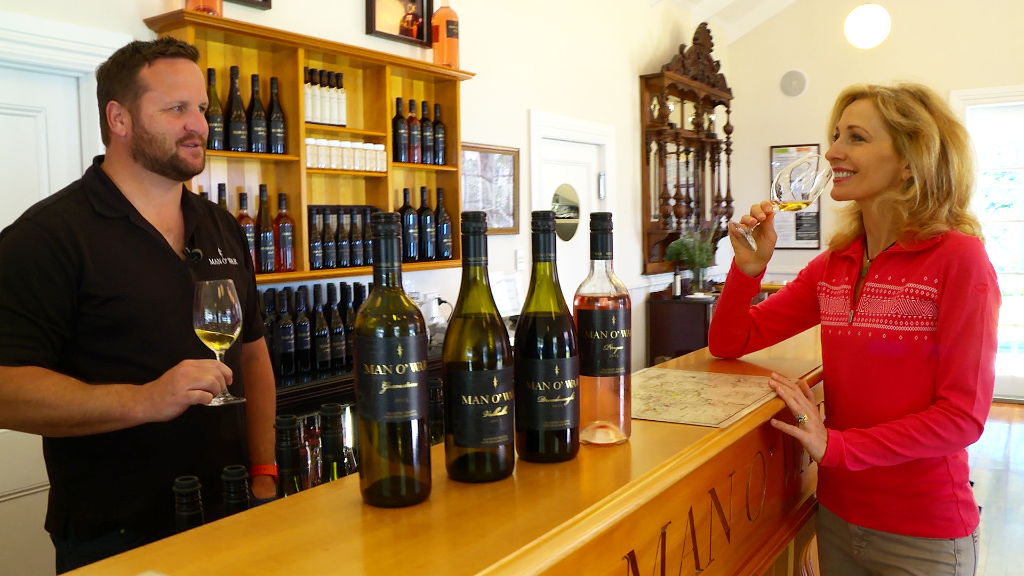 Man o’War on the other hand has a history which extends it’s roots back to 1769, when Captain James Cook landed on the shores of Waiheke island in 1769. Upon sighting the ancient stands of magnificent Kauri trees ashore, Cook noted in his journals that they would make ideal masts for the Man O’ War battleships of the Royal Navy. Thus the name Man O’ War was bestowed upon this unique land. With a desire to protect this treasured land’s natural beauty and sense of history for future generations, the family purchased the four contiguous farms that now form the 4,500 acres of Man O’ War in the early 1980s. Their success as winemakers has grown from there.

Previous post The Biggest Collectors of Smiles - The Mummers! 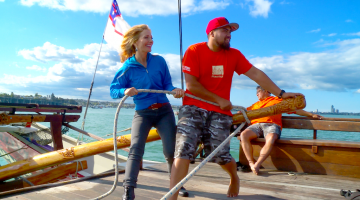 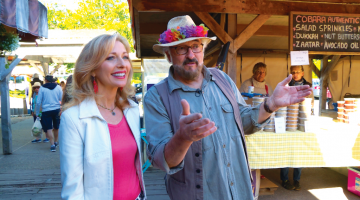 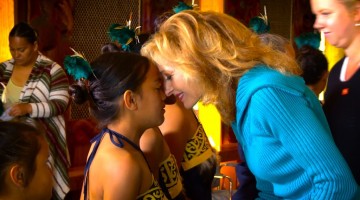 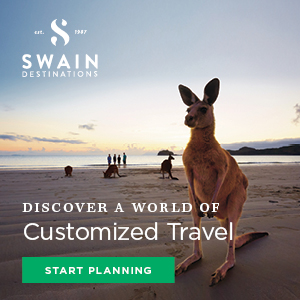 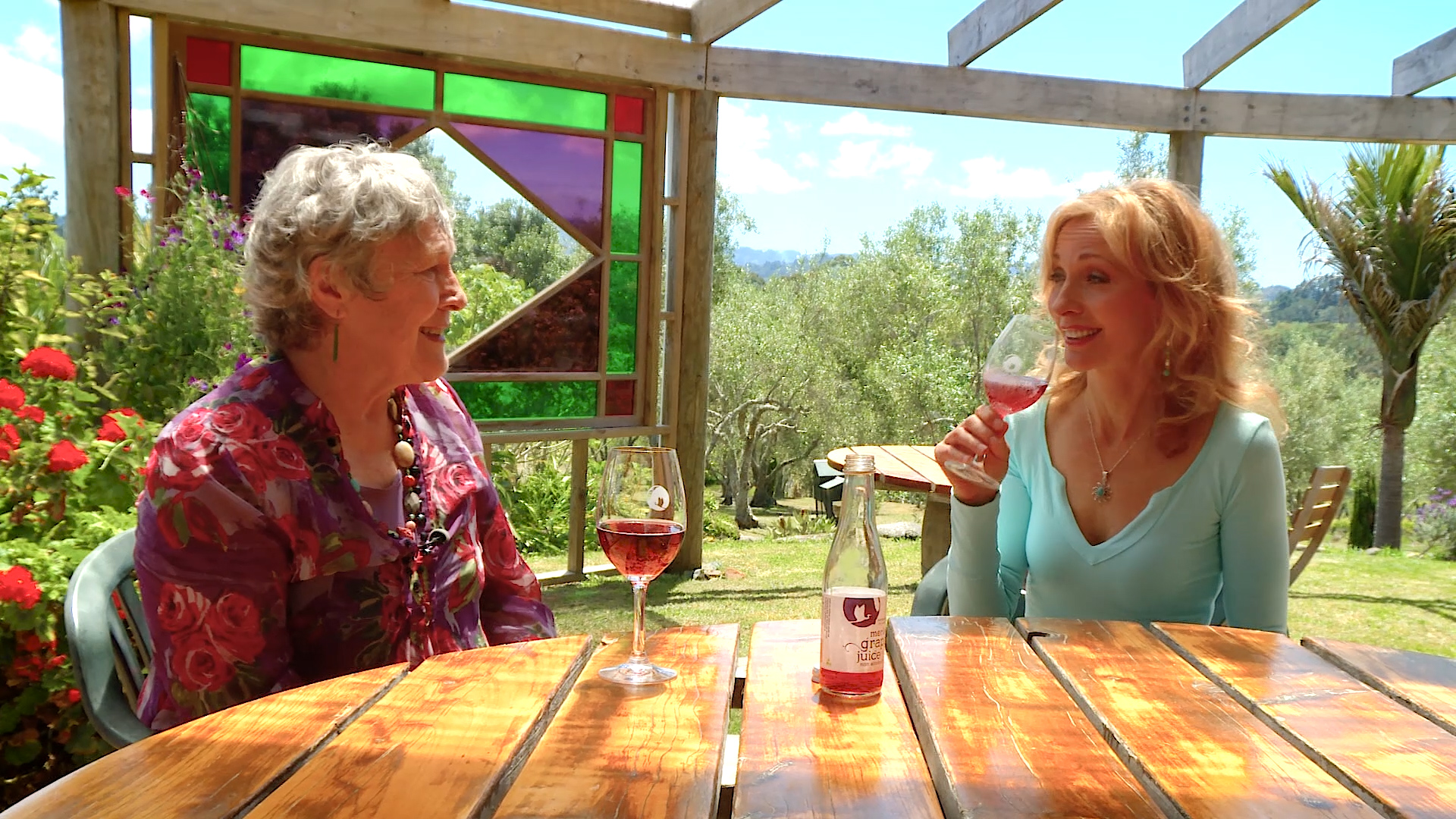